Colleen J. Payne has appeared on national and local television with segments on Fox News, ABC, CBS and NBC. Entrepreneur, author and professional speaker, Payne, is much sought after for her expertise in inspirational and empowerment talks. Founder and Owner of several businesses, listed as one of Inc. 5000’s Fastest-Growing Private American Companies, Colleen was

Colleen J. Payne was named Tulsa’s Most Influential Business leaders of the decade and has appeared on national and local television with segments on Fox News, ABC, CBS and NBC.. Entrepreneur, author and professional speaker, Payne, is much sought after for her expertise in inspirational and empowerment talks.

She is the founder of Mobile Cardiac Imaging, and now operates the company as MCI Diagnostic Center. Her passion to help people in rural areas and her drive to succeed in business helped her in the early stages of becoming a business owner. Now, MCI has grown from its initial $70,000 investment to a multi-million dollar company. The company is now rated as one of the Inc. 5000 fastest grow- ing companies in America and has been ranked in this group for three consecutive years—2007,2008, and 2009.

In 2008, Colleen decided to put her entrepreneurial insight in print and authored I Did It My Way and…It Worked! The book provides a blueprint on how to effectively run an organization. From guidance on analyzing overall business direction to specific brand articulation, Colleen delivers motivational talks that challenge audience members to take charge of their lives and careers.

Redefining the Art of Entrepreneurship. She now spends much of her time helping corporate leaders, associations, government leaders, entrepreneurs, and women to tap into their own potential and challenges her audience to redefine the way business is done in their industry. She also teaches them to define who they are and what they want to become and helps them to build a healthy corporate culture for their companies.

Always the entrepreneur, Colleen has now expanded her business model to include commercial real estate, proving the effectiveness of her philosophy in business. According to Colleen, the 3 P’s of entrepreneurship have been essential motivators in success: Passion for medicine, persistence in refusing to fail, and perseverance in her desire to continue to move forward. 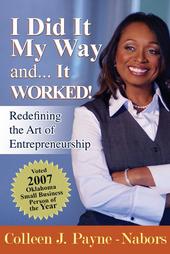 Receive no obligation help from us today. We represent our speakers equally, so our goal is to provide a keynote speaker that best fits YOU.